Don’t be cruel to a heart that’s true, crooned Elvis in the 1950s. Most of us have been in situations where people have rejected us. Especially when we have given our hearts to someone or to a special task or a long-time job, rejection by others can feel really cruel.

We learn in scripture that rejection is as old as mankind. Leah felt rejected by her husband Jacob because he loved Rachel more than he loved her. Rachel felt rejected by God because she didn’t have children when Leah did. Joseph felt rejected in Egypt after his brothers had sold him into slavery. He ended up dejected in a prison because men who promised to help him get out had forgotten him.

In the New Testament, a young John Mark went with Paul and Barnabas on a missionary journey, but decided to go home at some point in the work. This caused Paul to reject him from a future journey with him. AND, our Lord was called The Stone which the builders rejected in Matthew 21:42.

How did these “rejected” Biblical figures fare after their rejection? Surprisingly, we see that while they may have felt the cruelty of rejection at one point in their lives, God had good plans for their futures. Leah’s six sons became fathers of the Hebrew nation. Rachel gave birth to Joseph, through whom God spared His people Israel. Joseph became a leader in Egypt, second-in-command only to Pharaoh. Through Joseph, God’s people were saved from a devastating famine.

John Mark, rejected by the Apostle Paul, was chosen by Barnabas for future missionary travels, and later was even commended by Paul as a “fellow worker” in Philemon 24. This same John Mark is credited with writing the second gospel. And what about Jesus? The verse in Matthew 21:42 goes on to say that He became the “Chief Cornerstone.”

When we feel the cruel teeth of rejection, we can take encouragement from these Bible characters. Though they went through trials that felt like the end of their dreams, God had different plans, and instead of rejecting them, elevated them for His work through them. We can look forward to God’s purposes for us regardless of the decisions made about us by others. He has the last word!
Posted by Shirley W. Wilson at 1:15 PM 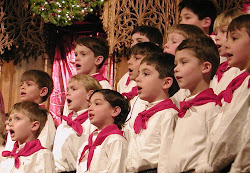